Getting to Moscow is just painful. Not only is it necessary to spend three and a half hours getting there from London, but it’s three hours ahead which means that however you look at it just about any flight you take means wasting most of the day unproductively in the air. Which is fine if you want to sleep, but not much use on the work front. I think I’ve finally worked out the least painful way to do it, but it involves going to Amsterdam first.

Step one is to take the early flight to Schiphol and spend the day working in the city. Step two is to arrive back at Schiphol about two and a half hours ahead of the eight-something evening KLM flight to Sheremetyevo. This bit is important, because there is a later Aeroflot code share flight with KLM. You do not want this flight. Take it from me. The ‘plane is a zoo, just like flying with the Penquins of Madagascar. Last time they took away my boarding pass to change it and then tried to have me thrown off the flight because I didn’t have a boarding pass. Early arrival at the airport gives ample time to negotiate a seat as far forward as possible. This bit is also critical, because you need to exit the ‘plane at the other end as quickly as you can in order to get ahead of the immigration queue. Failure to do this can seriously effect your mental well being.

Now comes the best bit. Make your way to Holland Boulevard between piers E and F. 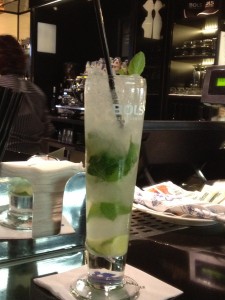 Here you will find the Bols Experience. It is a cocktail bar where you can get proper cocktails, but all made with Bols. The woman who runs it is a bit of a tyrant. She doesn’t like you to mix cocktails and she doesn’t like you to have too many. In fact, she will stop serving you if she considers you’ve had too much to fly. Try giving her any lip and you also get to instantly regret it.  It’s clearly not her business.

So, have just the two cocktails. Honestly, they are strong and you don’t need any more. Plus a burger which she will bring you. After this proceed to your flight at a leisurely pace, fall asleep immediately you sit down in your seat and in a miraculous feat of time travel, wake up at Sheremetyevo three hours or so later, refreshed. And because it’s half past two in the morning there is no immigration queue – and anyway you’re at the front of it so you don’t care. You can then afford to take a further nap in your hotel room because you are now three hours ahead of London and even if you don’t get up until ten, it’s still only seven in the morning back home.

Two places everyone gets treated the same, Jesus reflected, Heaven and really, really good hotels. From ‘The Second Coming’ by John Niven.

This is the only book I have read twice. It’s really not for the faint hearted but I can thoroughly recommend it.

Can you believe it? Arriving at T5 this evening at around 20.00 and the queues for the passport control actually started at the far end of the terminal. You wouldn’t believe it unless you actually saw it. When is it ever going to end? These people have no idea how to run an airport. And to think they want another runway – even more passengers to process! 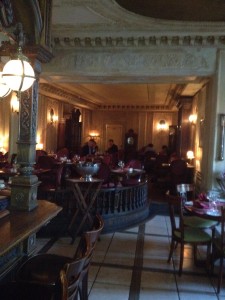 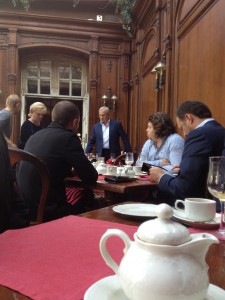